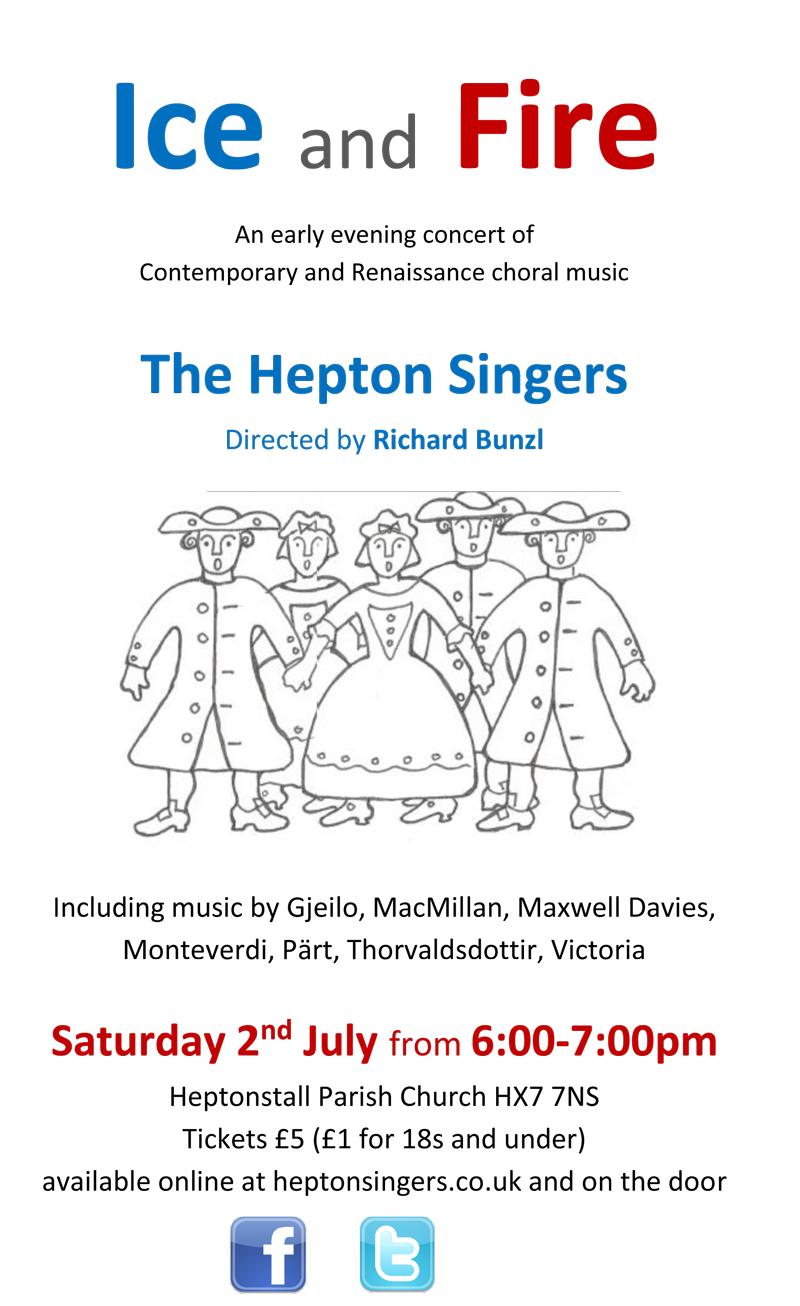 The Hepton Singers is based in Hebden Bridge, West Yorkshire. The choir performs varied programmes of mainly a capella music from the 16th Century to the present day. The Hepton Singers has a strong local following, performing regularly in Heptonstall Parish Church as well as other venues across the north of England. The choir’s Musical Director is Dr Richard Bunzl.

Under the auspices of Making Music, a highly regarded organization that promotes amateur music making across the UK, the choir is currently involved in a musical collaboration with a highly talented young composer based in Glasgow called Fergus Hall.  His new composition, written especially for Hepton Singers, will hopefully be premiered in 2022.
Making Music has recently published a blog post written by Richard Bunzl on the subject of this collaboration. 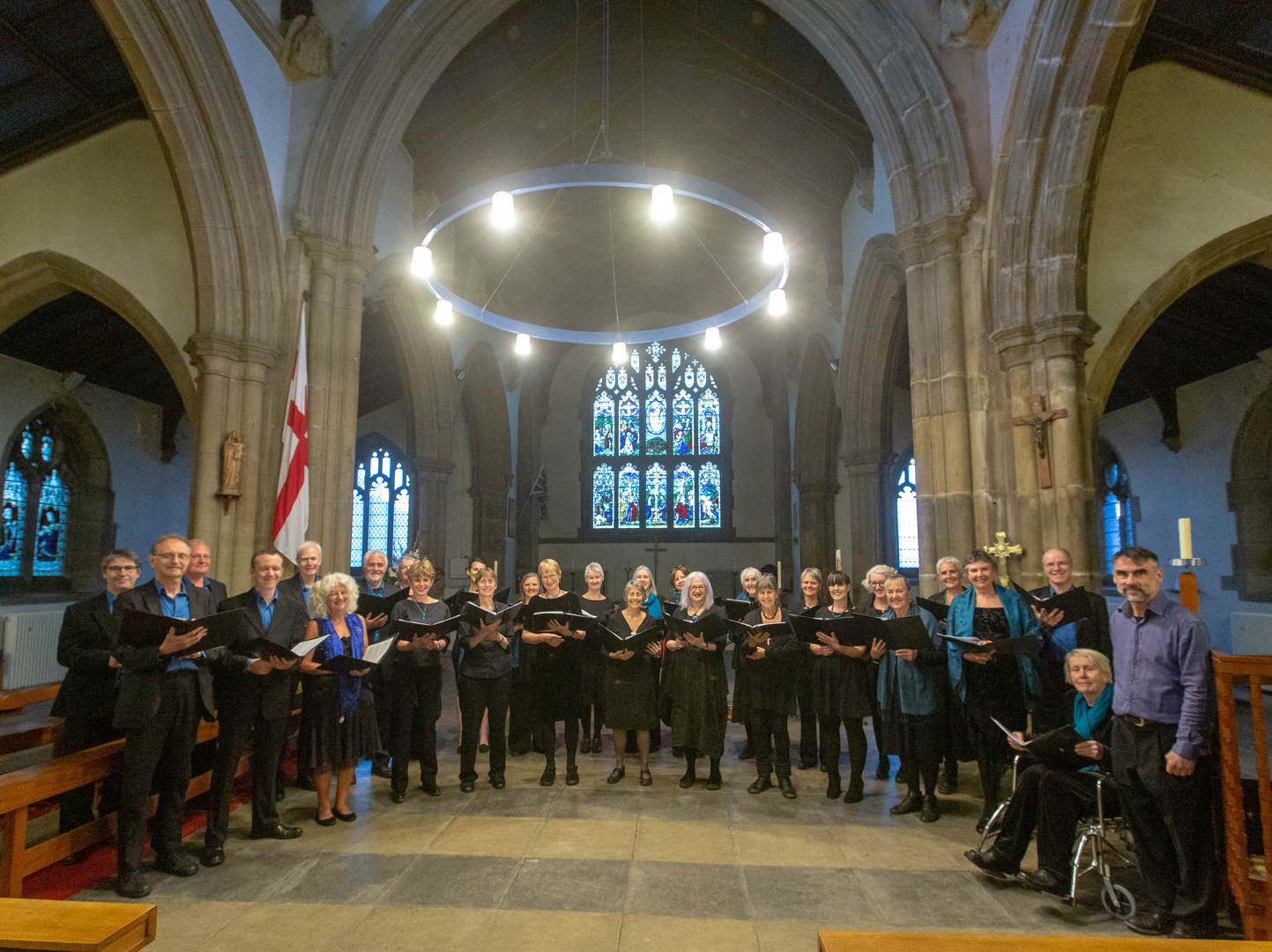 The choir also tours nationally and internationally, usually through exchanges with similar ensembles. In 2011 the choir welcomed visiting choirs Ars Nova Sacra and Le Vezzose from Budapest. In July 2012 The Hepton Singers returned to Hungary, having last performed there in 2005. Between 2013 and 2015  the choir took part in a European-funded project called SOL/Grundtvig, which also involved eight other choirs (click here to read more). In April 2016 The Hepton Singers visited Edinburgh in the first leg of an exchange with Rudsambee Company of Singers. A year later Rudsambee came to Hebden Bridge and we performed a joint concert at Heptonstall Church.

“I just blew into Kilkenny, home now from the windy city of Manchester – the weather was not for the faint hearted.  On Saturday night,myself and my pal Ruth O’ Gorman, made the journey to what I perceive as the centre of Wuthering Heights universe, Heptonstall to experience Helen Plaice with The Hepton Singers perform live in St. Thomas Church.  It was a truly beautiful concert, mysterious and ethereal, its brave and technical programme kept the audience on their toes.  It was made even more special as the wind wrapped itself around the church in the heart of the Yorkshire highlands.  We received the heartiest of welcomes and found it difficult to head back into the city.  No sign of Heathcliff alas, but plenty of tea and cake on offer.  The Hepton Singers, not to be missed !!” Mary Hogan, Kilkenny.

In the summer of 2018 we said farewell to Alison West, who had been our director and co-director for 16 years, and had sung with the choir for 17 years before that.

Get updates by email